The French military radar GRAVES emits electromagnetic waves consistently at a frequency of 143.05MHz. These waves propagate in the air and are reflected by electrically conductive objects. If the object is moving, the frequency of the reflected wave will change. This effect is known as the Doppler shift. The reflected waves were received by an antenna positioned on the roof at the Gymnase de la rue des Alpes, in Biel, Switzerland. The signal was thereafter transmitted to a computer which displayed the Doppler shift graphically. Numerous concrete objects were identified in the study, from the meteorite swarm of the Perseids to the International Space Station (ISS). 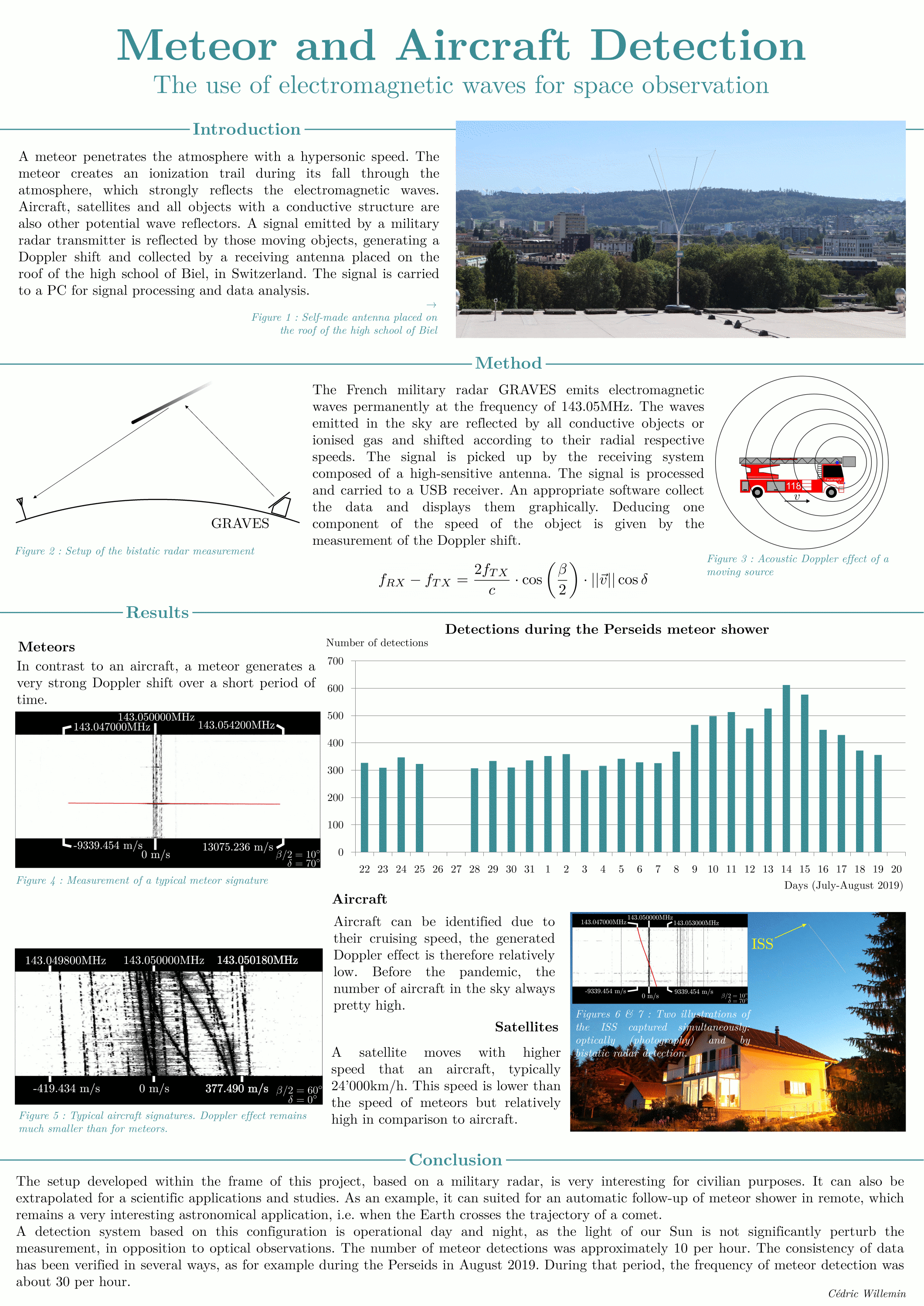